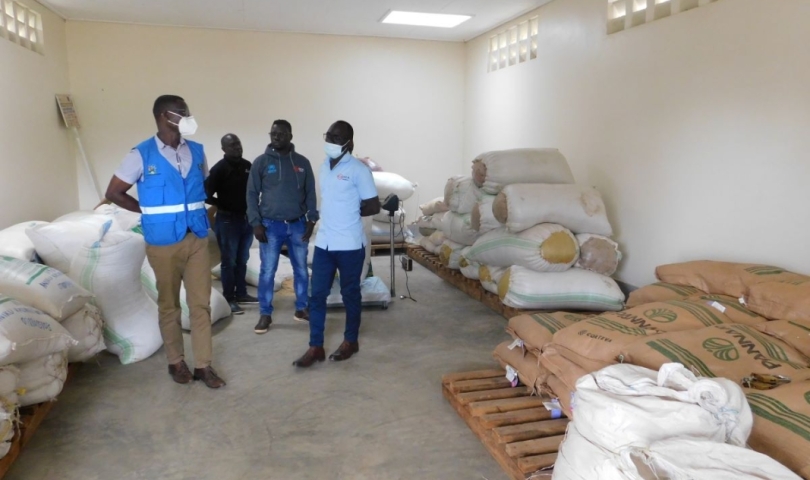 DINU commits to improve the livelihood of people in Yumbe District

It is now two years down the road, ever since Development Initiatives for Northern Uganda (DINU) kick-started development interventions in Yumbe District. This story uncovers the progress made and challenges encountered along the way.

The initiative is aimed at strengthening the nutrition standards; improving on income generating activities and health status of the indigenous population.

‘’The project is largely successful but its scope is still thin and has left many people in urgent need for more yet it is coming to an end. This therefore calls for a successor project which will solve the problem at ones’’, Rasulu Explains.

DINU is supporting 11 Sub-counties across Yumbe district. They carry out establishment of demonstration gardens, digital financial training and skilling of farmers on better farming practices.

Over 4,800 farmers have been trained on post-harvest handling under the DINU intervention which has eventually resulted to a significant improvement in farmer grain quality.

Anguno Rahuman Mula of Lukunene village in Kuru sub-county is one of the beneficiaries of the project. He attests that the project has hugely impacted on his personal life and family.

‘’To many of us in the past, funding a child’s education, affording descent clothing and even better nutrition were merely dreams that we never thought would ever be possible’’ Anguno reveals.

The overwhelming support has received numerous success stories from the beneficiaries. Dudu Ali Zakari is the chairperson of Lemeri Ako Acho-group. He equally acknowledges significant impacts the project has created in the community.

The DCA progress report indicates that, increased production of diversified food, and increased market accessibility for smallholder farmers and other value chain actors were achieved.

Under DINU, a number of 45 Village savings groups acquired digital financial skills with the help of a sub contracted private sector company Ensibuuku. This is a huge success given the fact that we now live in a digital era.

Among some of its other key successes are, establishment of storage facilities for safe keeping of farm produce, construction of market structure and drainable latrines supporting market infrastructures in the project locations.

However, beneficiaries complained of the hardship experienced in accessing extension workers whose help they still need to be able to train them on aspects of good agronomic practices for better management of their farms.

‘’My cocoa plants often rot before maturity and I really don’t know how best to go about it’’ Asea John one of the many famers confessed his dilemma.

Asea also complains of lack of access to better market for his cocoa beans explaining why he always ends up with peanuts. He adds that DINU through DCA only largely focuses on sunflower.

DINU is a project implemented by a consortium of partners which include Dan Church Aid, Lutheran World Federation, and Uganda protestant medical Bureau and Mukwano industries.

The project which has been implemented in Northern Uganda for about 3 years now, is a government of Uganda Programme funded by European Union with supervision support from office of the Prime Minister and closely implemented and Monitored by District officials.